Experience spectacular scenery overlooking the Harbour towards the fishing village of Ballydavid – which is located directly across the bay.
Savour a clear view of Mount Brandon and the “Three Sisters” mountain. Wine Strand sandy beach is just 200 metres away and is lovely for swimming. Other sandy beaches are to be found nearby also. There is a local pier for boats also. 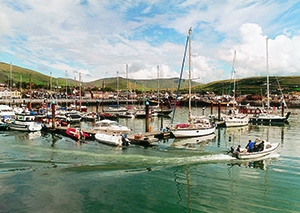 On-Shore Angling: The Dingle Peninsula is an angler’s paradise, spanning a coastline of over 100 kilometres of ideal off-shore fishing. Within one kilometre of Wine Strand Cottages there are numerous recommended fishing spots. 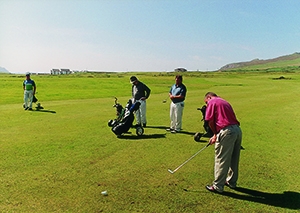 Golf: There is an 18-Hole, par 72 Links course nearby. Golf clubs available to rent at Club House. In addition, County Kerry boasts some of Ireland’s best and most challenging courses in the country. A warm welcome awaits the visitor. Most offer club hire, but it is best to check in advance. Prior booking of your Tee Time is highly recommended to avoid disappointment.

Archaeological Wonderland: The Dingle Peninsula, Co. Kerry stretches 48 km westward from Tralee to the Atlantic Ocean. Comprising of rising mountains sloping off the coastline, this rugged landscape is considered to be the richest archaeological site in Europe. The peninsula is speckled with Ringforts, Ogham Stones, Mediaeval Churches and Holy Wells. Locals are only too pleased to assist with great advice on things to see and do throughout the peninsula’s spectacular landscape. Take time to explore the hidden delights this wonderful place has to offer. Walking: Dingle Peninsula is a paradise for walkers with its pathways along cliffs and up and down mountains through this spectacular country side along by the sea.  There are two marked walking routes, “The Dingle Way” and “The Pilgrims Route“.

The Dingle Way is 178km (112 miles) long. This route passes through Dingle town, goes west around Slea Head to Dunquin, with magnificent views of the Blasket Islands and its beautiful coastal cliffs. Then it turns north along the coast past Smerwick Harbour close to our delightful cottages and continues along to Mount Brandon, named after St. Brendan the Voyager.

The Pilgrims Route covers 48km (30 miles) and connects with many of the early Christian sites for which this area is renowned. This route begins in Dingle town, turns south to Ventry, then north to Riasc, along to Kilmalkedar Church, along the Old Saints Road to the summit of Mount Brandon from where St. Brendan had a vision of a land to the west, and following his destiny visited the east coast of America in the 6th Century. 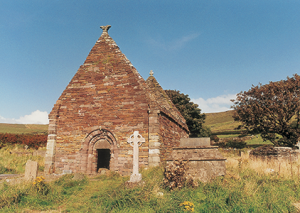 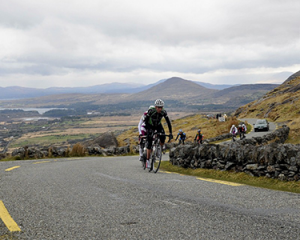 Cycling: Cycling is the ideal way to discover the delightful scenery of this charming and enchanted Peninsula. It is a breathtaking experience to cycle around Slea Head to Dunquin with a clear view of the Blasket Islands. This is a very popular way to experience the great outdoors. We are pleased to arrange bicycle hire for our guests. 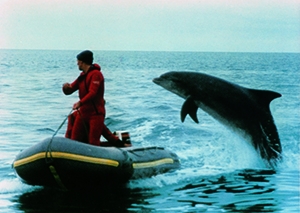 Dingle Town with its many attractions, restaurants, great pubs and of course “Fungie” the harbour’s resident dolphin, make for a colourful and lovely place to visit. The Dingle World of Leisure is open to visitors – whatever the weather!